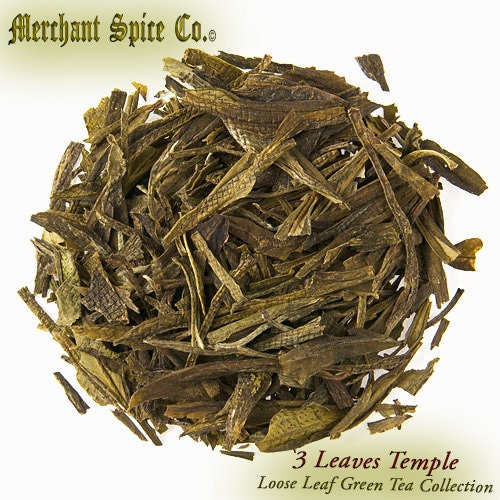 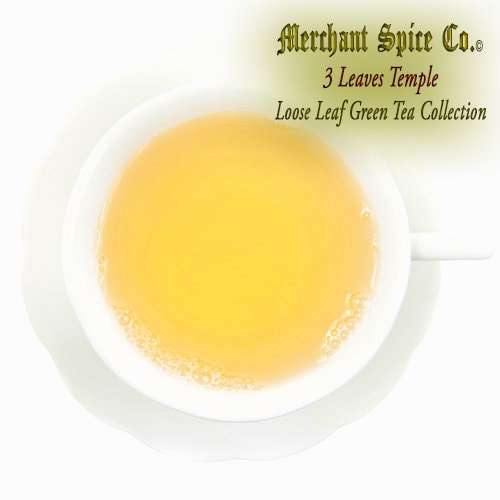 In the same way that Belgian monks are known for brewing unique varieties of beer, many of the monks who live in the monasteries of Anhui are known for their tea. The monasteries, which are scattered throughout Anhui's soaring mountain regions, are often surrounded by acres of lush tea gardens, many of them centuries old. The recipes used to process their raw leaf are frequently just as ancient. Over the centuries, production methods have been handed down by generations of holy men who view hand tea production as a form of meditation. As in Belgium, the finished product is often remarkably different from monastery to monastery. Some teas are exceptionally large leafed, others cropped and twisted or hand sewn into miraculous shapes that celebrate the celestial bodies. Often, as each recipe was passed down creation legends were told that would serve to inspire the next generation of artisan. 3 Leaves Temple falls out of this rich tradition.

The story of 3 Leaves Temple is an old one. It is believed that the tea was named for three kingdoms that ruled China from 184-220 A.D. This era, aptly named the Three Kingdoms Period, is often compared to the Samurai period of Japan or the Medieval period of Europe. The ruling kingdoms were the Shu, Wu and Wei. For a time, what is now known as Anhui existed under the jurisdiction of a powerful warrior named Cao Cao, founder of the Kingdom of Wei. A venerable ruler, Cao Cao sought to unite the disparate kingdoms. Although his efforts failed, this tea was created and named 3 Leaves Temple in honor of his unifying vision.

When brewed, the leaves unite, as the three kingdoms never would. 3 Leaves Temple is a remarkable tea. Plucked only in March, then baked and sorted by hand, every effort is made to ensure only the finest leaves make it to market. The dry leaf is somewhat flaky, open and light to the touch. Infused, the leaf remains whole and produces a fresh, slightly bold cup underscored by a touch of spring flowers that smoothly gives way to a jammy finish. This is truly a tribute to the monks of Anhui ~ a tea to be praised.

Luxury Ingredients: Green tea from the Anhui Province of China

HOT TEA: Place 1 slightly heaping teaspoon of loose tea for each 7-8 ounces / 200-260 ml of water in the teapot. Pour freshly boiled spring water over tea. Steep 3-7 minutes. Milk & sugar are not recommended.
ICED TEA (to make 1 liter/quart): Place 6 teaspoons of tea into a teapot or heat resistant pitcher. Pour 1 1/4 cups of freshly boiled water over the tea. Steep for 5 minutes. Quarter fill a serving pitcher with cold water. Pour the tea into your serving pitcher, straining the leaves. Add ice and top up the pitcher with cold water. Garnish and sweeten to taste. {A rule of thumb when preparing fresh brewed iced tea is to double the strength of hot tea, since it will be poured over ice and diluted with cold water.)

0 items in your cart